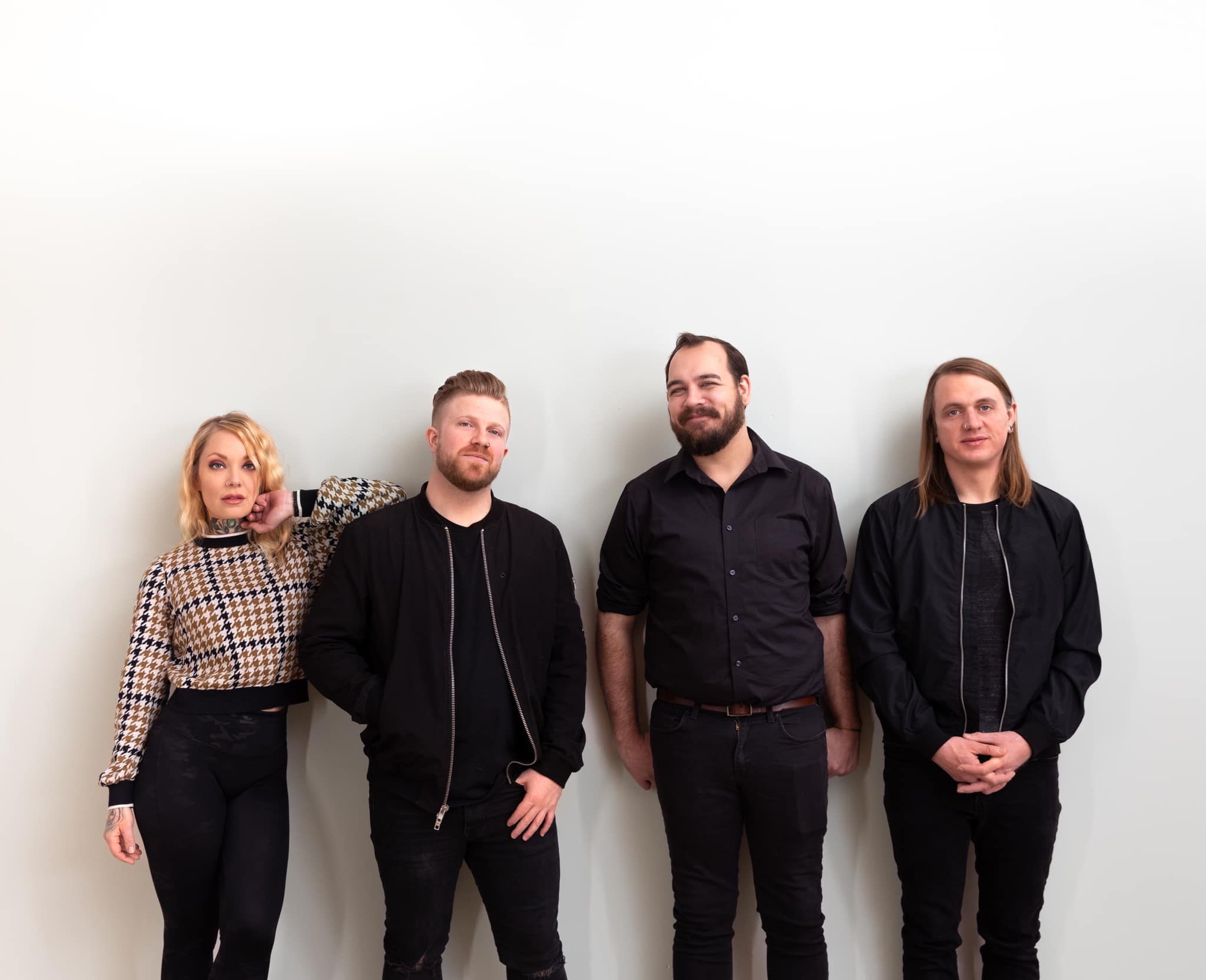 Incorporating layers of haunting ambiance, crooning melodies and an often punchy percussive backbone, Lokella’s music unleashes an evocative performance. Often extending beyond the confines of the rock genre, the West Michigan group creates a bait and hook by flirting with blues tropes, jazz elements, dashes of latin feel and an abundance of drama.

Forming in 2016 and bursting into the scene with a 4 song visual EP named The Worst Of, the title only insinuated that members Jennifer Bartlett, Evan Bartlett, Chris Bursley and (former member) Nathan Jean were dead set on overcoming personal boundaries in their craft and their performance. The four went on to molt a few layers and followed up with another 5 songs the following year, fashioning an EP appropriately titled Shedding Skin.

Gaining traction with a constant push for visual elements that coincided with the songwriting, the band was met with a small metamorphosis with the addition of Josh Poel on drums before writing for the most recent release Censory Overload. The 5 song EP was crafted thoughtfully and New Noise Magazine picked up on that, expressing: “The magnitude of sounds involved in the listening cycle are carefully detailed, ever-expanding, and emotionally full.”